Russia Sending Permanent Warship Fleet To Mediterranean: Is A Russian Naval Base In Cyprus Coming Next?

"Russia has previously threatened, and followed through with, sending ships to the Mediterranean is nothing new. In the past, every such episode was related to the protection of what Putin considered vital geopolitical interests in the region: whether defending the Syrian port of Tartus, various crude and natural gas pipelines in the region threatened by NATO expansion in Turkey, or offsetting heightened US presence around Gaza and Israel (and of course Iran). Which is why with the legacy conflicts in the region dormant, and the only news of any relevance being the European intervention in Cyprus against Russian oligarch interests, it is surprising we learn today that the Russian Navy will dispatch a permanent fleet of five or six combat ships to the Mediterranean Sea, with frigates and cruisers making up the core of the fleet.
How far into the Mediterranean one wonders? It wouldn't be too difficult to put two and two together and assume that with Cyprus just a few hundreds kilometers away from Syria, Lebanon, Gaza and Israel, Russia may have not only a new geopolitical target, namely the now pseudo-insolvent Russian protectorate of Cyprus, but a perfect alibi to be in the region as well, and more importantly, have a Plan B to the Syrian port of Tartus which is Russia's only naval base in the region.
How soon until we read that Russia is willing to invest even more unguaranteed loans into the Cypriot financial system.... in exchange for one tiny little naval and/or military base?" 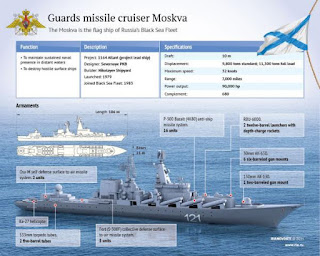