The story of Mitt Romney's loss among Hispanic voters is on the front pages of today's New York Times and Washington Post. And it should be. 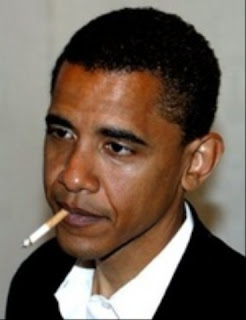 According to exit polls, President Barack Obama won the Hispanic vote by a whopping margin of 71 percent to 27 percent. That's larger than Obama's margin against McCain in 2008. Having doubled their share of the total vote since 1996, Hispanics constituted 10 percent of the electorate in 2012. In the next presidential race in 2016, more than three million additional Hispanic citizens will be eligible to vote.
You don't have to be a statistician to see where this is going. Even Republicans see it, though they don't know what to do about it. The quandary inevitably leads to discussion of comprehensive immigration reform. Hispanics are for it, Republicans are not. But the alienation of Hispanics, many of whom are culturally conservative, from the Republican Party is both bigger and smaller than the issue of immigration.
For a little perspective, consider the votes of another minority -- Asians. Romney won among all voters making more than $100,000 a year by a margin of 54-44. Asian-Americans happen to be the highest-earning group in the U.S., out-earning whites, and they generally place enormous emphasis on family. A perfect fit for Republicans, no?
No. Asians voted for Obama by 73-26; they were more Democratic than Hispanics.
It's possible that Hispanics and Asians are more communitarian than individualistic, leading them to identify more with Democrats than Republicans. But most immigrants, like most other Americans, possess both strains in their political DNA. (People rarely pull up roots and move to a new land without a strong sense of individualism.)
So perhaps the decisive characteristics are not in the Asian and Hispanic communities so much as in the Republican Party. The GOP is overwhelmingly white and insistently, at times militantly, Christian. Democrats, by contrast, are multiracial with a laissez faire attitude toward religion and spirituality. If you were a black-haired Buddhist from Taipei or a brown-skinned Hindu from Bangalore, which party would instinctively seem more comfortable?
Republican exceptions prove the rule. As Shikha Dalmia has pointed out, the two high-profile Indian-Americans in the Republican constellation -- Governors Nikki Haley of South Carolina andBobby Jindal of Louisiana -- both converted from their traditional eastern faiths to Christianity. It's unlikely that's a coincidence.
There is also the problem that polite people avoid identifying: the persistence of a rump of racists in the Republican base and on conservative airwaves. Nothing the party advocates  --  from walls along the border with Mexico to the "papers please" laws of Arizona and Alabama -- is designed to disabuse those conservatives of their racial views or of their belief that the party will tolerate them.
For many years the racial smoke signals worked in Republicans favor. Now Asians, blacks and Hispanics are sending the signals. Blacks vote Democratic 9-1; Asians 3-1; Hispanics almost 3-1. Support for immigration reform will help. But Democrats have a four-decade head start in building and managing multiracial coalitions. Republicans have a lot of catching up to do in a hurry.
(Francis Wilkinson is a member of the Bloomberg View editorial board. Follow him on Twitter.
Read more breaking commentary from Bloomberg View at the Ticker.
Publicada por Manel à(s) sábado, novembro 10, 2012