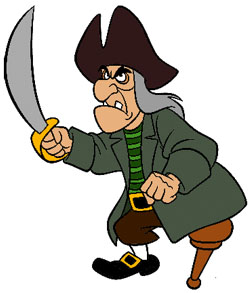 IN ENDURING MENICE COMMANDER Ht:NRIQUE PEYROTEO PORTELA
GUEDES OF THE PORTUGUESE NAVY CONSIDERS THE
ENDURING THREAT OF PIRACY ON THE HIGH SEAS AND
MARITIME EFFORTS TO COUNTER IT, INCLUDING HIS
OWN NATION'S PART IN COMBATING THE MENACE.
can feed approximately half a
million people for a year. Taking
into account these numbers it is
impossible to imagine world
commerce without ships.
Nowadays, weak deep sea vigilance
and the feeble or inconsistent
security measures being
applied to the coastal areas and
ports of the world, makes the
maritime environment very
attractive to would-be pirates,
seeking to commit illicit acts outside
territorial waters, and for
those intent on what is termed
'Armed Robbery Against Ships'.
This latter crime is formed of illicit
acts committed within territoriai
seas. There is no doubt that
these illicit acts represent an
increasing threat on a global
scale, not as far as occurrence
numbers are concerned, but for
the unpredictability and insecurity
caused among those who use the
seas, regardless of where in the
globe they traveI. Presently, piratical
activity is to be found predominantly
in the Gulf of Aden,
the Basin of Soma lia and Nigerian
The roots af piracy stretch as far
back as the beginning of sea
commerce itself. Throughout the
centuries, and in a somewhat
randam way, piracy has been
present in different areas of the
globe, such as the Caribbean,
Mediterranean, south of China
and off the African coasts. It
almost vanished completely during
the 19th Century, mostly due
to the introduction of steamboats
as well as more effective
patrolling of the oceans by the
American, British, French and
German fleets. There was a new
outbreak in the mid-1980s. The
apparent 'calm' period that followed
saw an increase in sea
commerce relations. On the other
hand, the end of the bipolarity in
global affairs - the USA v Soviet
Union - reduced the number of
fleets, which in turn reduced the
patrolling of the oceans.
The maritime industry has
become indirectly responsible for
the increase of piracy, owing to
its current size, for 90 per cent of
international commerce is transported
by sea, thus involving over
53,000 cargo ships with crews of
about a million men of almost
every nationality. Sea commerce
has become vital to the development
and economic sustainability
of many states. Today, ships have
a cargo capacity incomparably
superior to any other means of
transport. A container ship transports
on average the equivalent
of 10,000 heavy duty trucks and
a bulk carrier can take about
200,000 tons of wheat, which

Excellent website. Plenty of helpful information here.
I am sending it to a few pals ans also sharing in delicious.
And obviously, thanks to your effort!